History of the key west bight

We are proud to serve you the best food on the island with a beautiful waterfront view. The Key West Bight, now known as the Historic Seaport and Harborwalk, is a part of the island steeped in history and culture.

Key West’s historic maritime industries concentrated at the bight beginning in the mid to late 1800s. Fishermen hunted and harvested turtles for their meat, shells, and leather. Norberg Thompson, who created the Thompson Fish Company, was instrumental in developing the bight. He employed about 40% of Key West during the Great Depression, when many people were out of work.

After turtle numbers fell and the Endangered Species Act was passed to protect them, the primary industry that brought workers to the bight was sponging. This was before the days of artificial sponges, when the only ones available needed to be harvested from the sea floor. 350 hook boats docked at the bight gave jobs to 1,200 people in Key West.

The bight was also a source for shrimping– during the “Pink Gold Rush”, shrimp brought economic prosperity to Key West. Booty Singleton, AKA the Shrimp King, is memorialized in a statue at the seaport celebrating his contributions to seafood and the local economy through the Singleton Packing Corporation. Key West history is found in every nook and cranny of this beautiful waterfront.

To learn more about the history of the bight and the beautiful island we call home, come on down to see us in person! 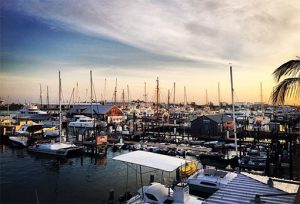 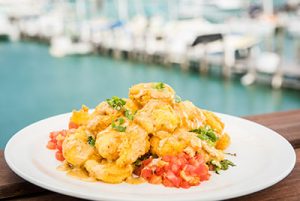 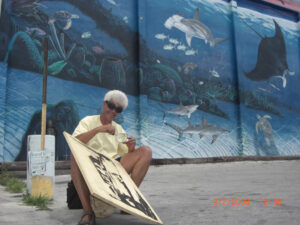